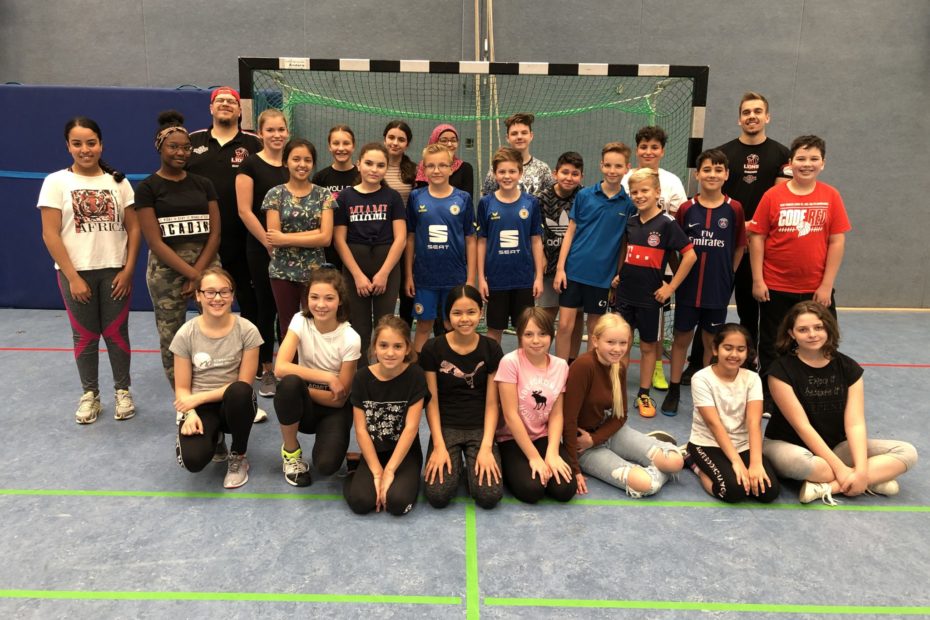 Two players of the New Yorker Lions (German Football League Winners!) visited the 7BI on Monday to introduce the class to American Football- in English of course! 🙂 After a quick warm up the class learned how to catch and throw a football. Next up were some „route running“ drills: That is a combination of catching the ball and running with it. The students also got to play some Flag Football which was a lot of fun, too. Finally the players stayed for some interview questions. What an exciting PE lesson! Thanks to the Lions! 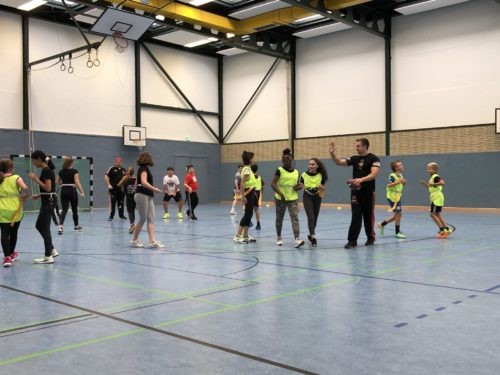 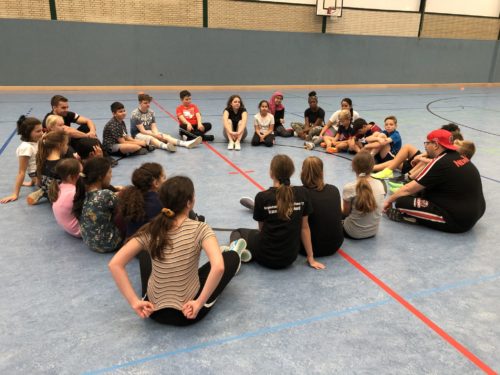 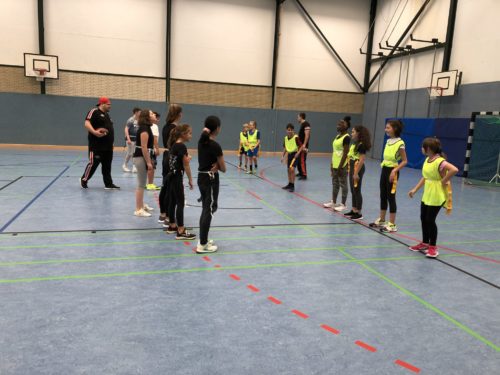 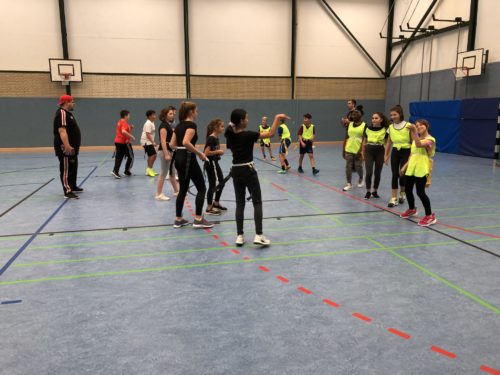 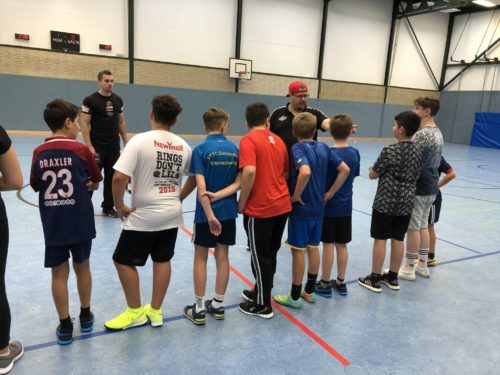 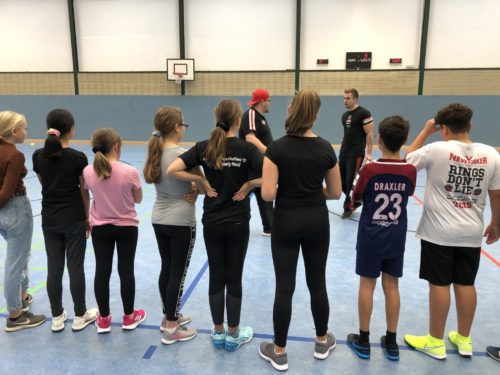 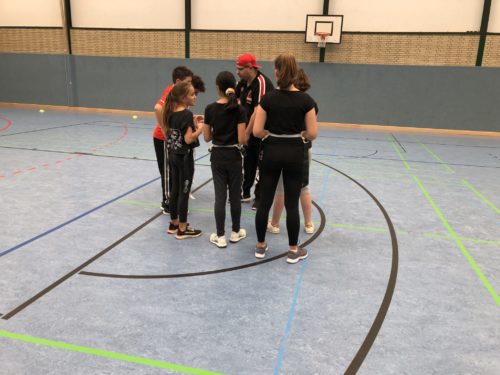 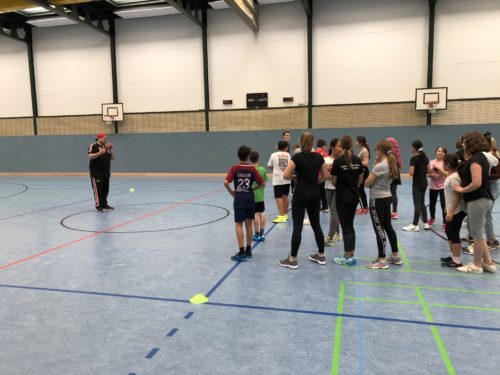 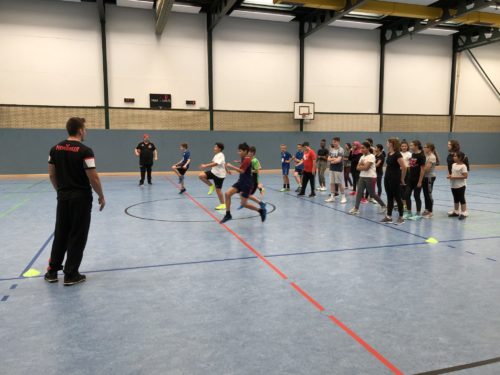 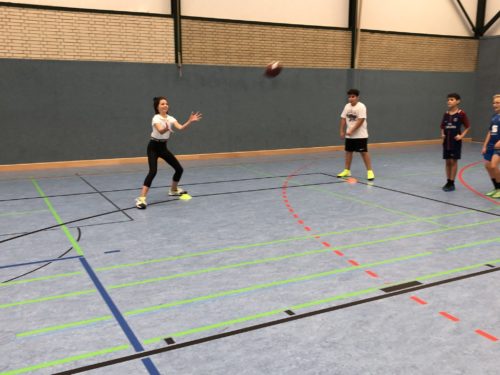 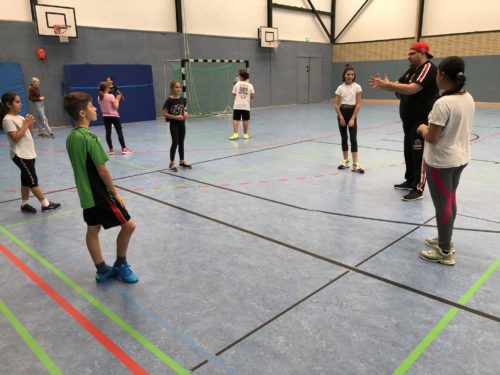 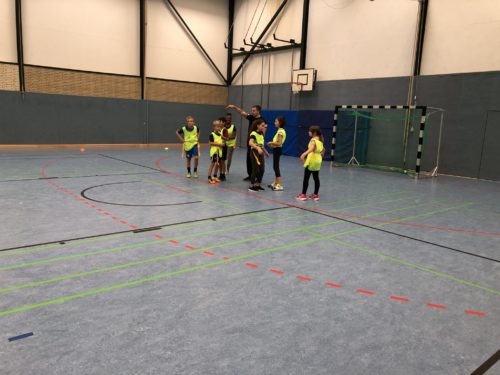